iXion Services SA ranked in the top 20 by ICT Journal! 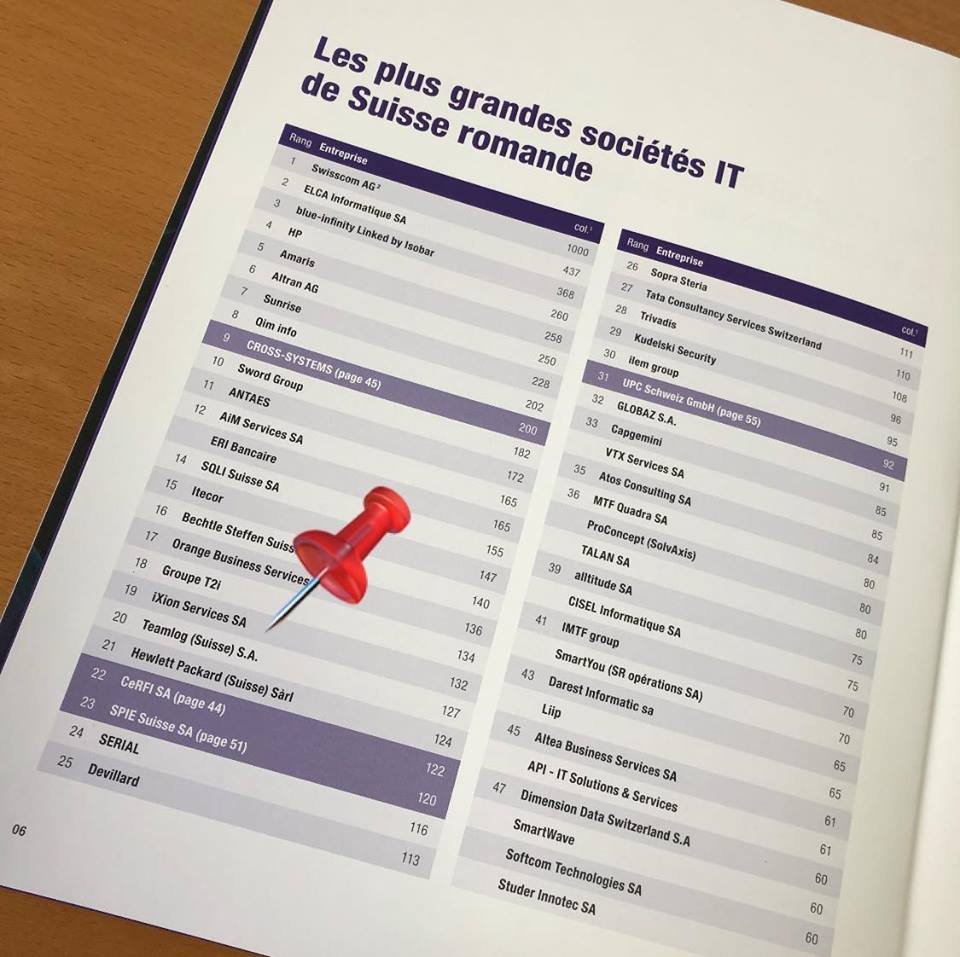 The French-speaking IT guide ICT Journal has published its ranking for 2019. It presents the 100 largest IT suppliers in French-speaking Switzerland based on the number of people each of them employs in the region (on 1 September 2018).

We are proud to have climbed several places and now feature among the top 20, knowing that the first 20 companies in the ranking represent over half of the employees in the sample.

This year: 144 companies responded to ICT Journal’s invitation, which represents 9277 people employed in French-speaking Switzerland. Half of all the IT companies that took part in the survey employ between 10 and 80 people in Romandy, with iXion Services SA counting more than 130.